Stromboli is known since ancient time for its volcano in continuous activity. Stromboli takes is name from its cone-shaped volcano, called "strongyle" (round) by the Greeks.

The volcano rises its peak to 927 mt above sea level. What we see, in fact, is only a small fraction of a massive volcano extending nearly 3000 mt to the sea floor, whose total volume is 25 times bigger than the emerged part.

The island covers an area of 12 kmq and is characterised by three districts: San Bartolo, San Vincenzo on the East coast and the tiny settlement of Ginostra located in the Southwest part of the island and accessible mainly by sea. Ginostra is undoubtedly the town that has best withstood the waves of modern tourism. The access to this little town has been made possible through small steps that lead to the Church of San Vincenzo and to the residential area whose shape is similar to an amphitheatre; Here the typical elements of the Aeolian architecture have remained almost intact. The view from Ginostra is of exceptional beauty.

Stromboli has been inhabited since ancient times. Some excavations suggest that the first settlements can be traced back to the Neolithic period. Remains of few huts of a big village of the early Bronze age has been also found.

The development of the island is historically linked to the sea and to the marine tradition, in fact Stromboli was a must-see stop for those who crossed the Tyrrhenian Sea.

By sailing around the island we arrive on the North end called "Punta Labronzo", from this point appears the most popular side of the volcano called "Sciara del Fuoco", a great basin where the lava has flowed for centuries. At night, we can admire the suggestive spectacle of Stromboli in activity offering a phenomenon seen almost nowhere else in the world.

Several touring companies offer guides to lead groups near the crater. This excursion is especially impressive if done at night. You need at least three hours to reach the crater by climbing through rough terrain. Here the soil is very sandy, arid and rocky.

The volcano's activity is manifested by several explosions every hour, throwing large quantities of glowing magma that streams slowly downhill; between an explosion and the other, one can distinctly hear the bubbling lava. The effect can be described in no other words except "incredible". 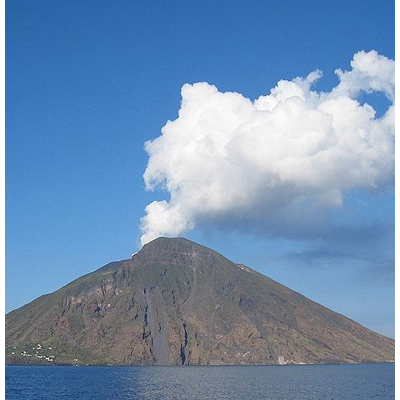 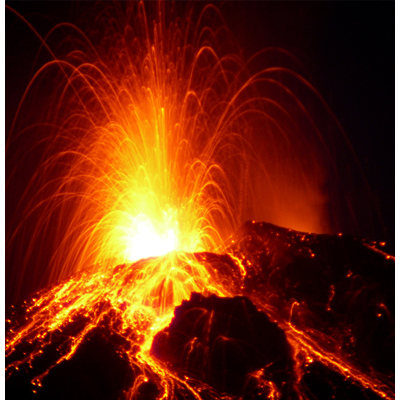 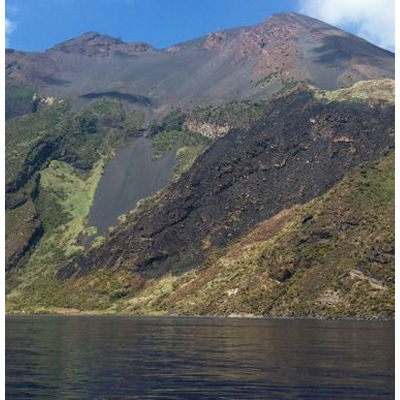 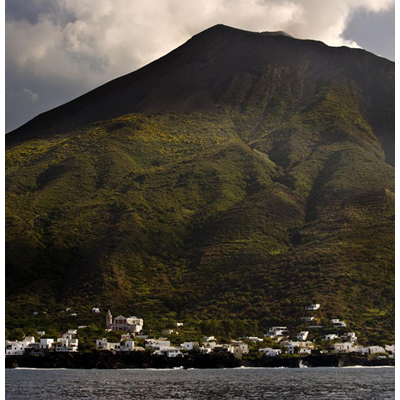 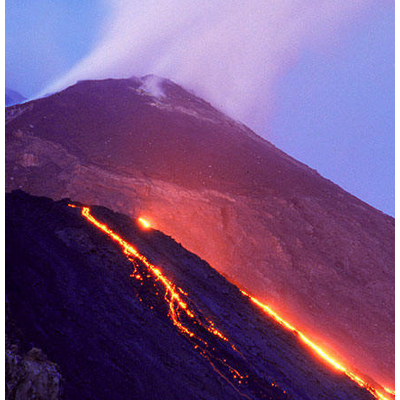 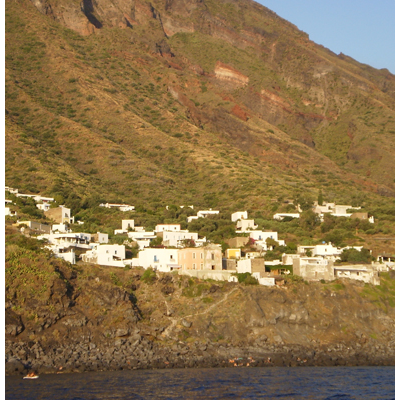 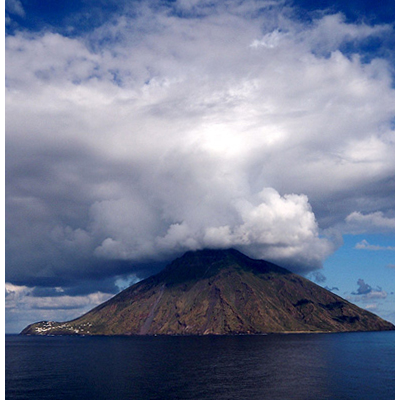 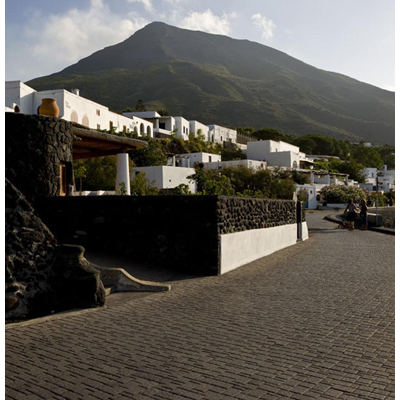