The island of Filicudi is the fifth island in terms of dimension and the second most Western island of the Archipelago located at about 24 nautical miles West of Lipari.

The peculiarity of Filicudi and Alicudi is the perfectly unchanged state of preservation in the last century. This is due to migration flows, to their big distance from the main shipping routes as well as to the device position compared to other islands.

The island, anciently called "Phoenicusa", owes its name to the abundant vegetation of ferns indicating a dwarf Palm that grews rich and luxuriant. View from above, the island presents an elliptical shape that stretches at one end with Capo Graziano.

Like the other islands in the Archipelago, Filicudi is little more than the tip of an underwater volcano characterized by a rocky and rugged territory. Its highest peak is the mount "Fossa Felci" (774 mt), a dormant volcano from where one can admire breathtaking views over the rest of the Archipelago.

The most fascinating feature of Filicudi is its wild and unspoiled nature: the rocky terraces covered with brooms, the large rocks and the numerous caves, which liven up the coast overlooking the sea, appear hostile, wild and charming. Among the emerging rocks at approximately one kilometre from the coastline, greatly eroded by the sea, la Canna, Montenassari and Scoglietto, are the most visited ones.

The cave of "Bue Marino" (see ox), takes its curious name from the strange noises similar to ox bellows produced by the see when crashes against the rocks. This cave with its particularly crystalline depths is perhaps the most fascinating feature of the entire Aeolian Archipelago.

The Island's population is concentrated mostly in its three main centres: Filicudi Port, docking point for ships and hydrofoils, Pecorini a Mare and Valdichiesa connected by the only paved road on the island. The small village of Stimpagnato, in the South-East side of the island, is inhabited by tourists only during the summer.

Like the other islands of the archipelago, Filicudi should have been place of human settlements since the Neolithic age. The ruins and ceramic artefacts found in the Neolithic village on the promontory of Capo Graziano and on the port bay are the proof. The sea of Filicudi is particularly attractive thanks to the unspoiled nature and the fascinating undersea world. 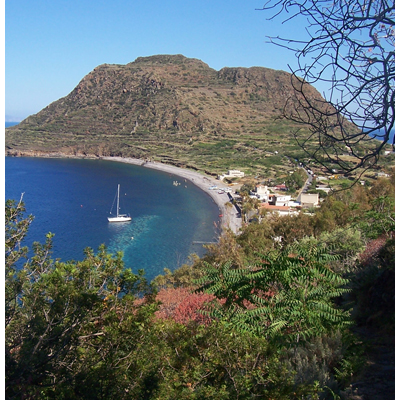 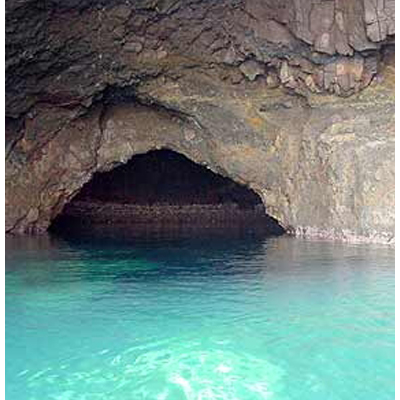 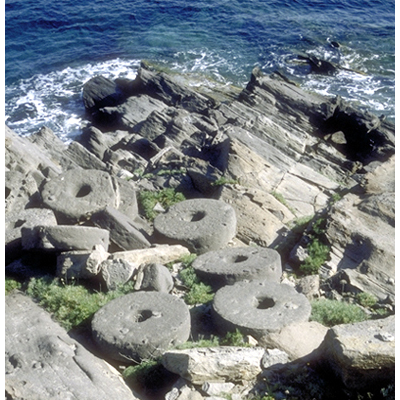 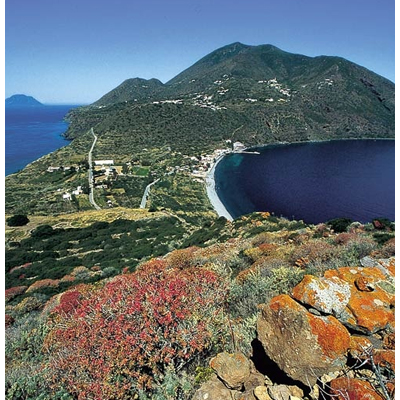 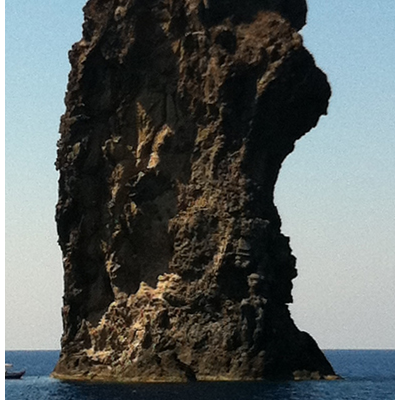